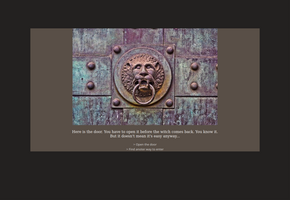 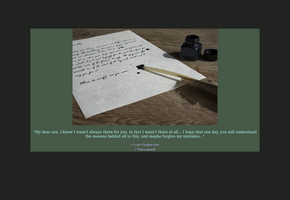 After almost 2 months since the last update, I come with a new update mainly focused and the ability to customise the game appearance. This implies two new features :

First, you are able to set the colour of the story, the choices and background of each page. Colour settings are accessible from the settings panel :

This describe the global colour settings. In play mode, you also have a panel to change a page's specific colours and see the result in real time as you play. You can toggle that pannel when you don't need it:

With the panel closed 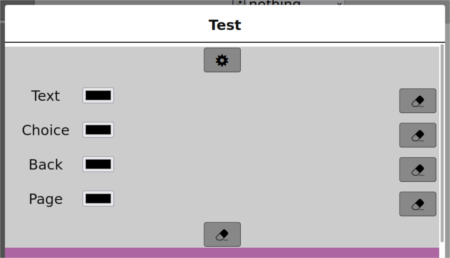 With the panel opened

Each colour can be set or cleared at will.

In Addition to the colours, each page can have an image assigned to it. To do so, you first need to register that image in the asset manager. 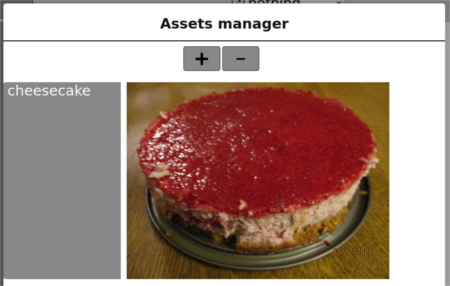 What's a better example than an homemade cheesecake?

Then you can select you image from its name with a little preview to help.

Plus I'd say it's a very good starting picture.

For the next update I plan to add the possibility to add scripting options to make the stories more dynamic. This however needs to fix the tool appearance or I fear to end up with something too messy to be usable. I already have an idea on how to manage the scripting and I think it should be quite easy to do.

I also have to continue thinking about the licence, and am more encouraged to use another licence rather that throw my current tools.

Finally, I change the tool form the status of Released to In development. Since it has seen lots of changes, I didn't seen a reason to mark it as finished.