I'm proud to anonce the release of a new version with lots of improvements. Here's the list :

There is nos a desktop verison avaliable on windows and linux (tested on mint). There is no mac version since it requires a mac, which I don't have any. the UI also has been remade, and to make a comparison with the ancient one : 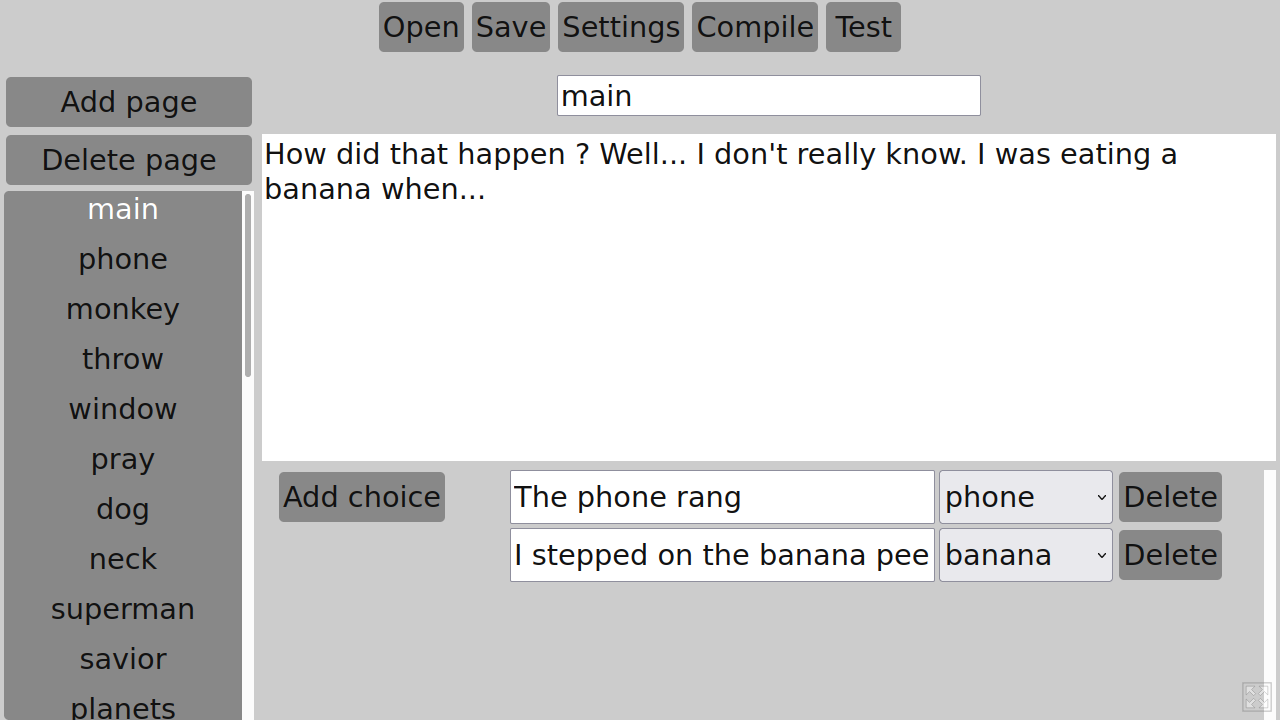 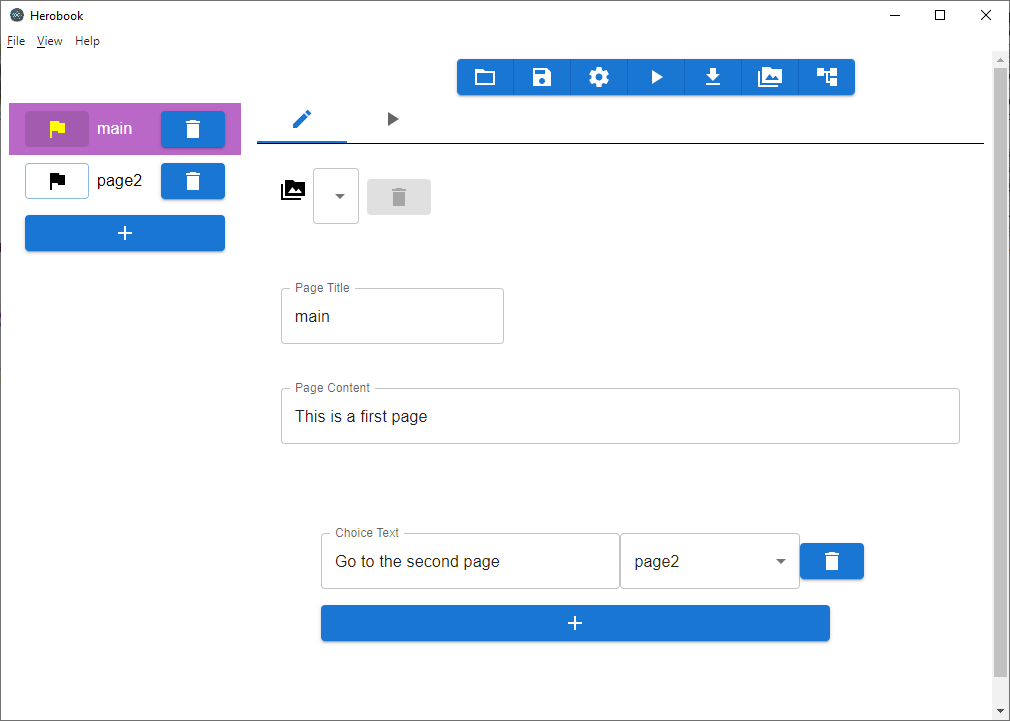 The UI has more contrast and make use of a simple design with the use a icons and a simpler way to manage lists (pages or choices). There are also tooltips on most buttons.

Support of drag and drop

You can drag images instead of going through the file selector, both in the asset manager and the page itself, on the image selection area

You can now see a graph showing the links between all pages. See which goes where and which ins't linked 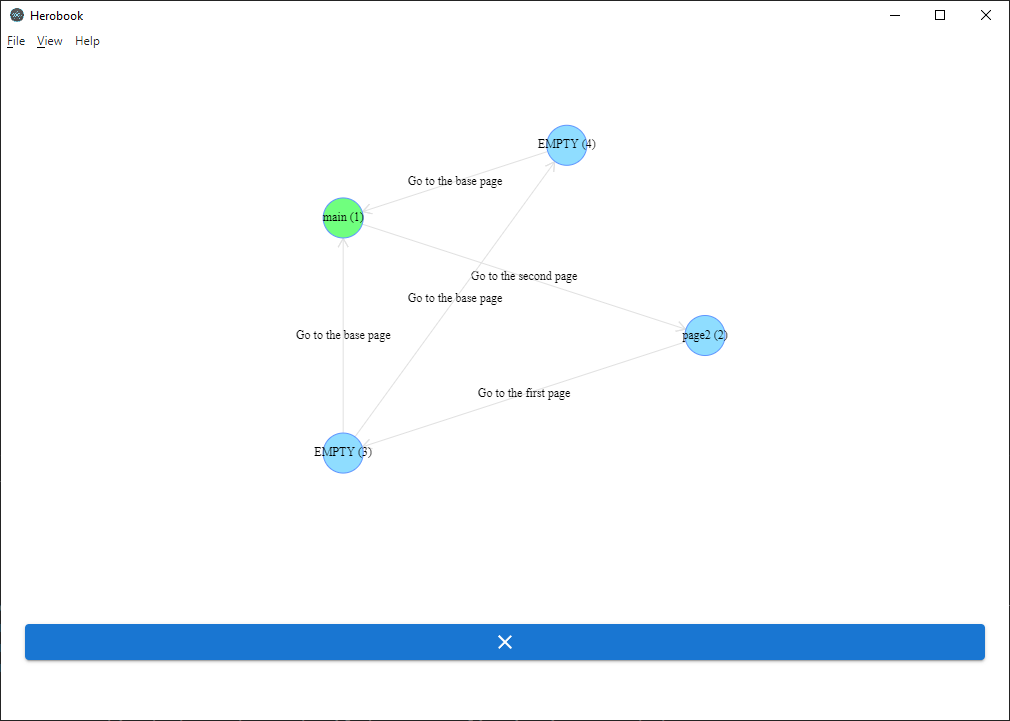 The number between () is the page id, green dot means starting page and red dot means to link to this page

You can now write in markdown, here's an example 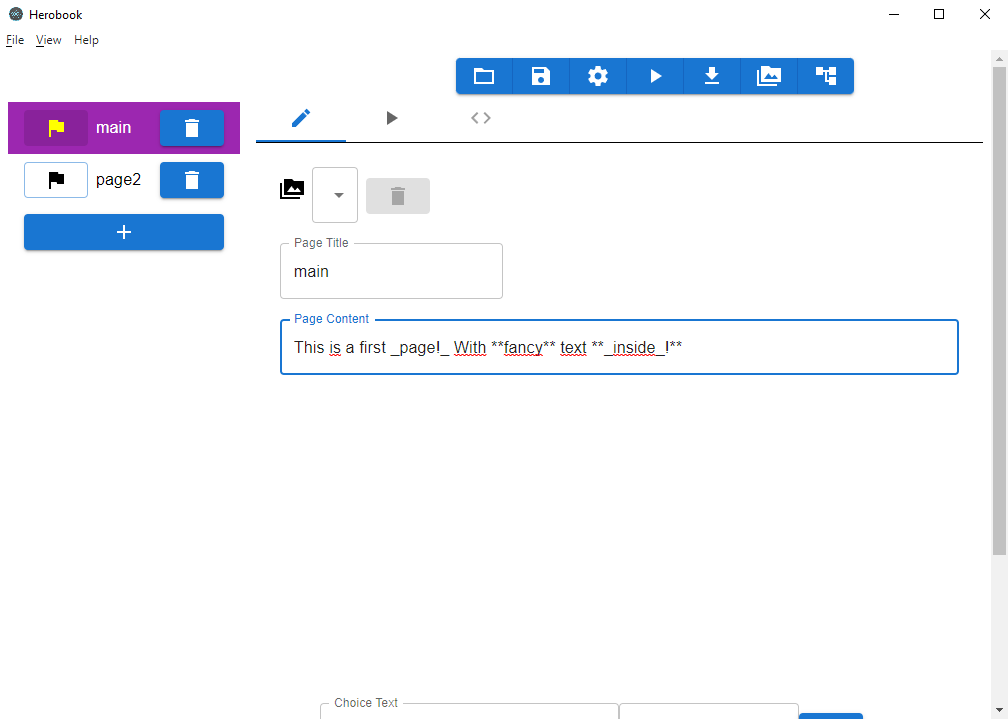 In game or viewer 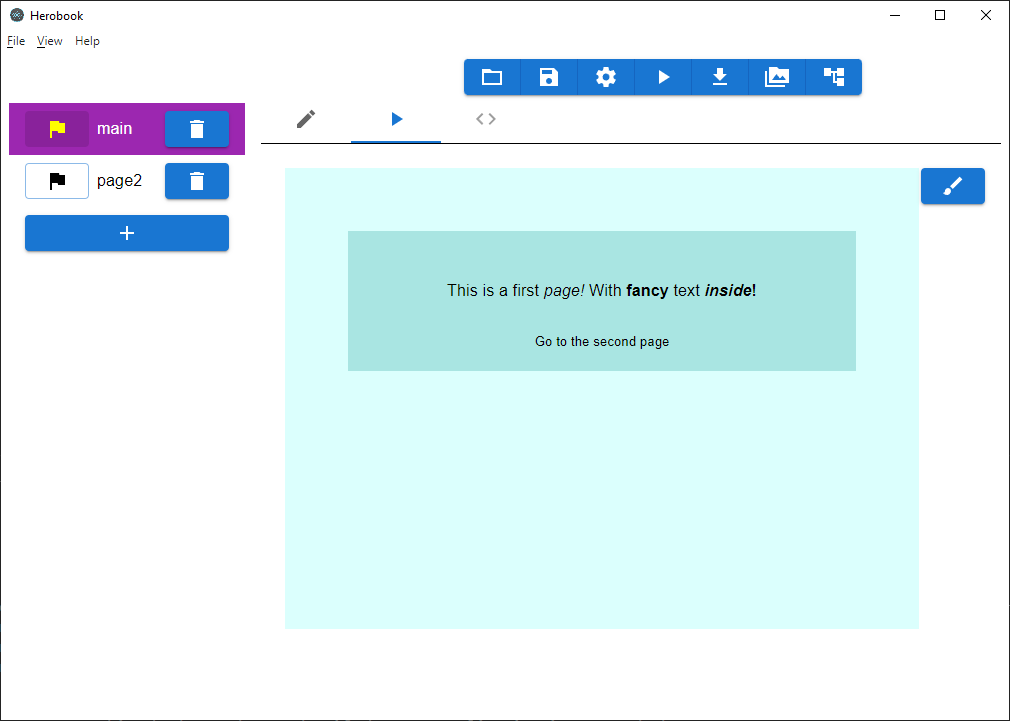 With embedded js Herobook can now allow the use of js inside a game, for example to manage and print an inventory, or to change dynamically the story. Here's a code example for a grocery list display with use ejs and markdown.

There are however two things that I'm not too proud of.

First the game compiled with this version requrie an internet connection to be played. this is due to the need of new dependencies.

Second there is no backward compatibility with old projet saves. I have changed that format a lot and I'm trying to avoid breaking changes now but that was something I took to lightly a first and that bacame hard to fix. It's quite furstrating to be honest.

After that release, I don't really know what to add. I'm counting on having some feedbacks to see what users would like to have and maybe add those suggestions. For now I think i'll take a break and probably clean part of my code when I'll come back.