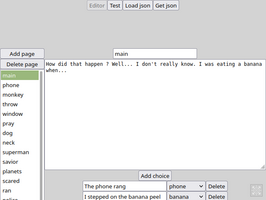 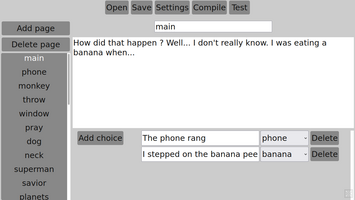 I just released a new update for the editor with a few improvements. Here's the list :

The next thing I'll be working on is the support for story styling. It implies color customisation as well as adding assets such as images, music or sound.

There also will be some discussion about the tool license. My true wish for Herobook's license is to be as close as I can to the public license (e.g the Unlicense). However, the edtior is currently being built using technologies such as VueJs that are not compatible with it. I'm currently maintaining the project by separating the editor's licence from the player one as some kind of tinkering, but I don't feel it to be an OK nor honest thing to do.

I'm planning on finding ways to free the project from its dependencies, but this is in fact more complicated than adding a few patches here and there. I may as well have to rethink my wish for unlicense...